Each fun science book volume features a whimsical character to guide the reader through a physical science topic, a key part of the science curriculum for elementary students. The cast of characters includes Gravity; Magnetism; Matter; Energy; Light; Sound; Electricity; Force and Motion; and Heat. The topic of matter is broken into two volumes: Matter and How It Changes and Matter and Its Properties.

The 10 volumes in this educational comic series feature highly original and humorous comic-style art to draw children into the material. Several spreads in each volume are illustrated with photographs to help clarify concepts and part of the elementary science curriculum. The volumes also include features typically found in nonfiction books, such as a table of contents, glossary, list of additional print and Internet resources, and an index

About the Illustrator: Sam Hiti is very tall, but of average height when sitting at his drafting table. He has been drawing comics full time independently since 2004. He lives in Minneapolis, Minnesota, with his wife, two children, and his tiny dog.

About the Author: Joseph Midthun was born in a small mining town in central Minnesota. He attended the Perpich Center for Arts Education and Columbia College in Chicago. He is currently editor-in-chief at La Luz Comics and lives in St. Paul. 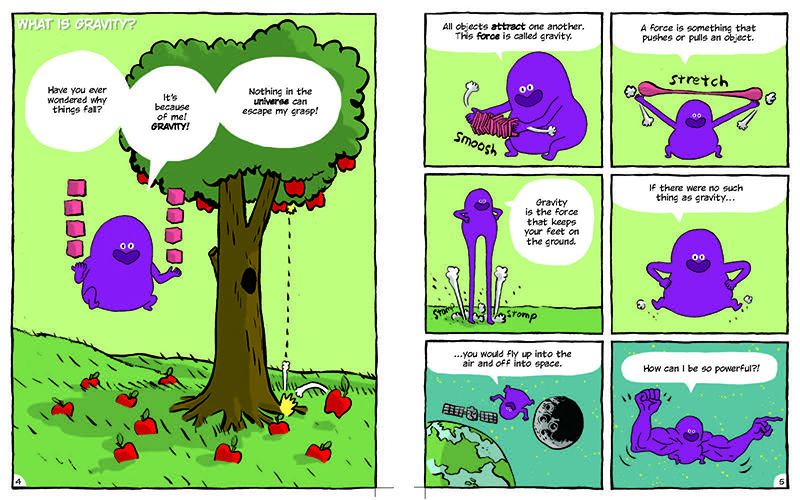